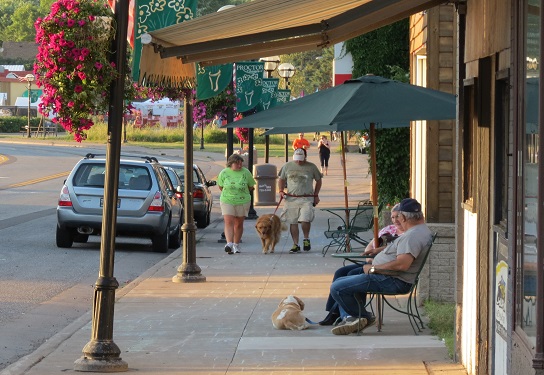 The village of Proctorknott was incorporated in 1894. It took its name after J. Proctor Knott, a U.S. Congressman from Kentucky who delivered a satirical speech ridiculing Duluth. The name was later shortened to Proctor.

Proctor is a community of just over 3,000 residents perched on the rim of rocky Thompson Hill overlooking the great blue basin of Lake Superior. For over 100 years locomotives have pulled their heavy loads of iron ore from one of the largest iron ore sorting yards in the world, downhill to the Duluth Ore Docks. These ore trains gave Proctor its historic identity as a railroad town.

Proctor is a small city with a rural character that prides itself on a sense of community and a readines to grow. Our schools are progressive and community projects are thriving. The Proctor School District recently opened the St. Lukes Sports and Event Center. Golf, ball fields, playgrounds, a museum, race track, and historic landmarks are here for all to enjoy!

Proctor is host to a variety of community events including horse and dog shows at the Dirt Floor Arena, Proctor Speedway events, the South St. Louis County Fair, and the town’s own Hoghead Festival. Proctor is proud to host national events such as the ALS Black Woods Blizzard Tour in early February, and the MS 150 Bike Ride in June.

The village of Proctorknott was incorporated in 1894. It took its name after J. Proctor Knott, a Congressman who delivered a satirical speech ridiculing…

Click through our services to learn about Building Permits, Sewer Service, Street Maintenance, Water and Electric, or Fingerprinting Reservations!

Our staff is here to answer any questions you may have. Reach out to us and we will respond as quickly as possible. Get started by visiting our contact page!